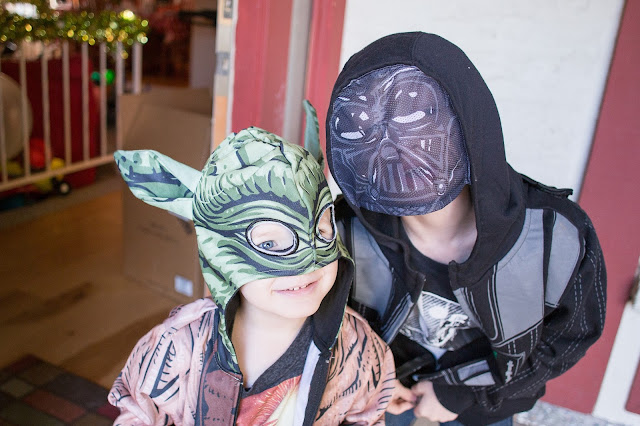 Heading out the door to see The Force Awakens to start out 2016!  Connor did really well at the movie–only going to the bathroom twice (bathroom trips = boredom for him with a movie and are typical for non-animated movies for him) but the second time we also had to replace the 3D glasses that he broke.

Logan said the movie was amazing, so we basically dropped Jeremy and Connor off at home and went back to see it again!