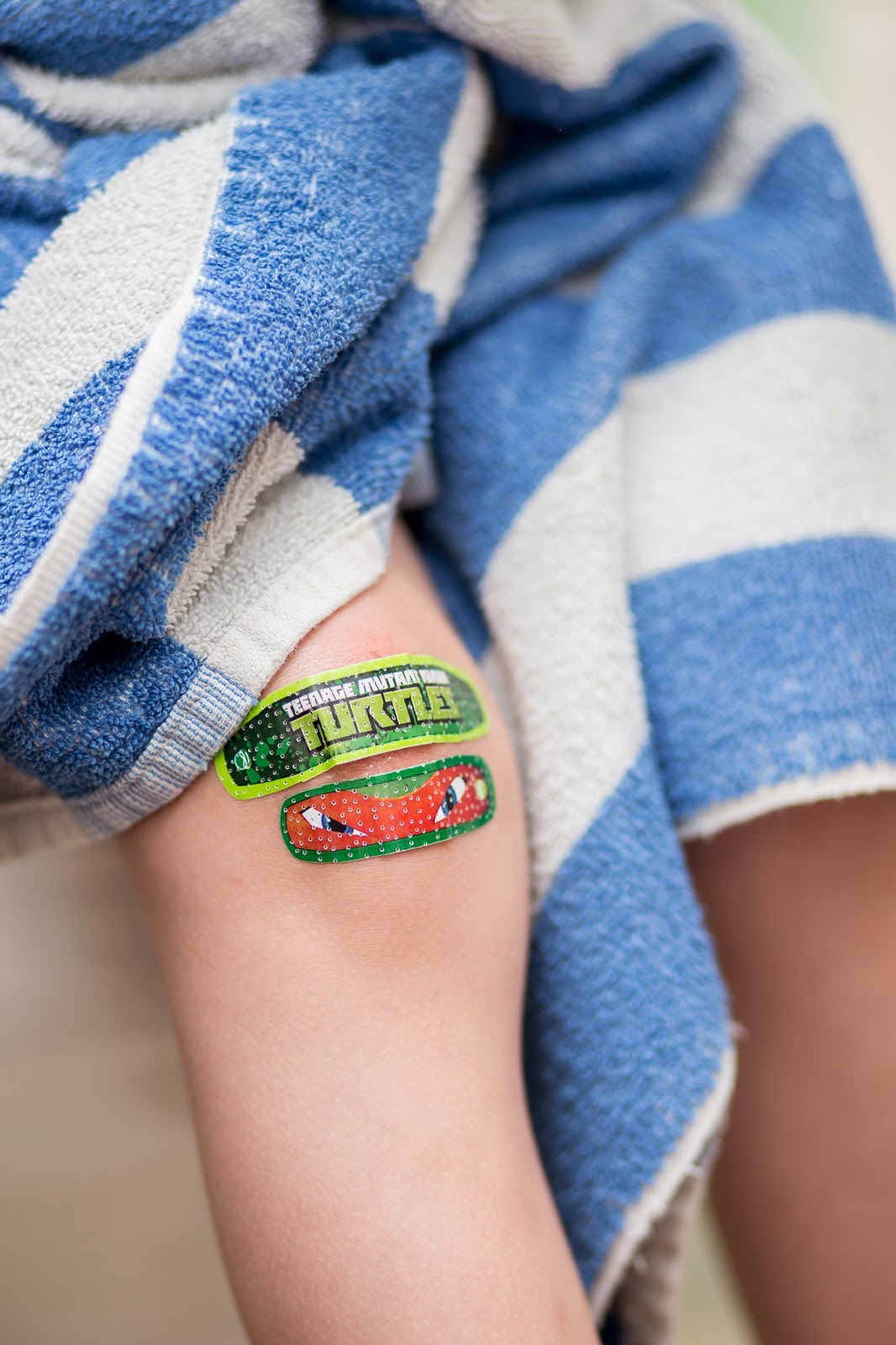 Logan had his first hiking injury today.  He cut up his knee and was distraught for the next (and thankfully last!) half mile.  We came home, washed him up and put some band-aids on it.  He was thrilled we had some TMNT bandages waiting at home.

Caleb joined us later in the day to play at the park and then came over for dinner.  He was still in his soccer uniform, so I took a few soccer “poses.”  I love his goofy face!  He, like his big brother, is quite the athlete too.  He’s playing up an age division and still scoring goals left and right.  He’s the only kindergartner in a league of first and second graders. 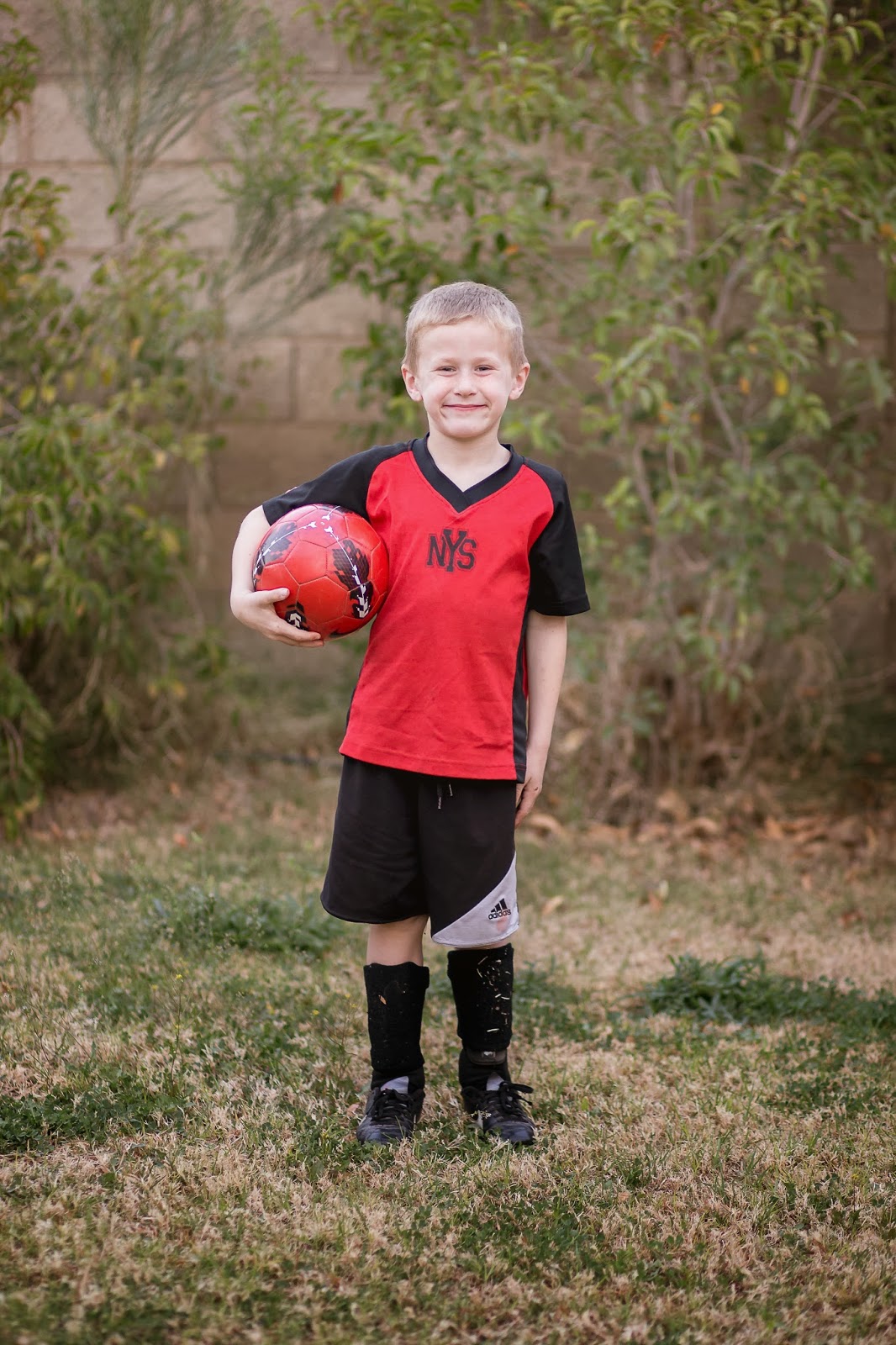 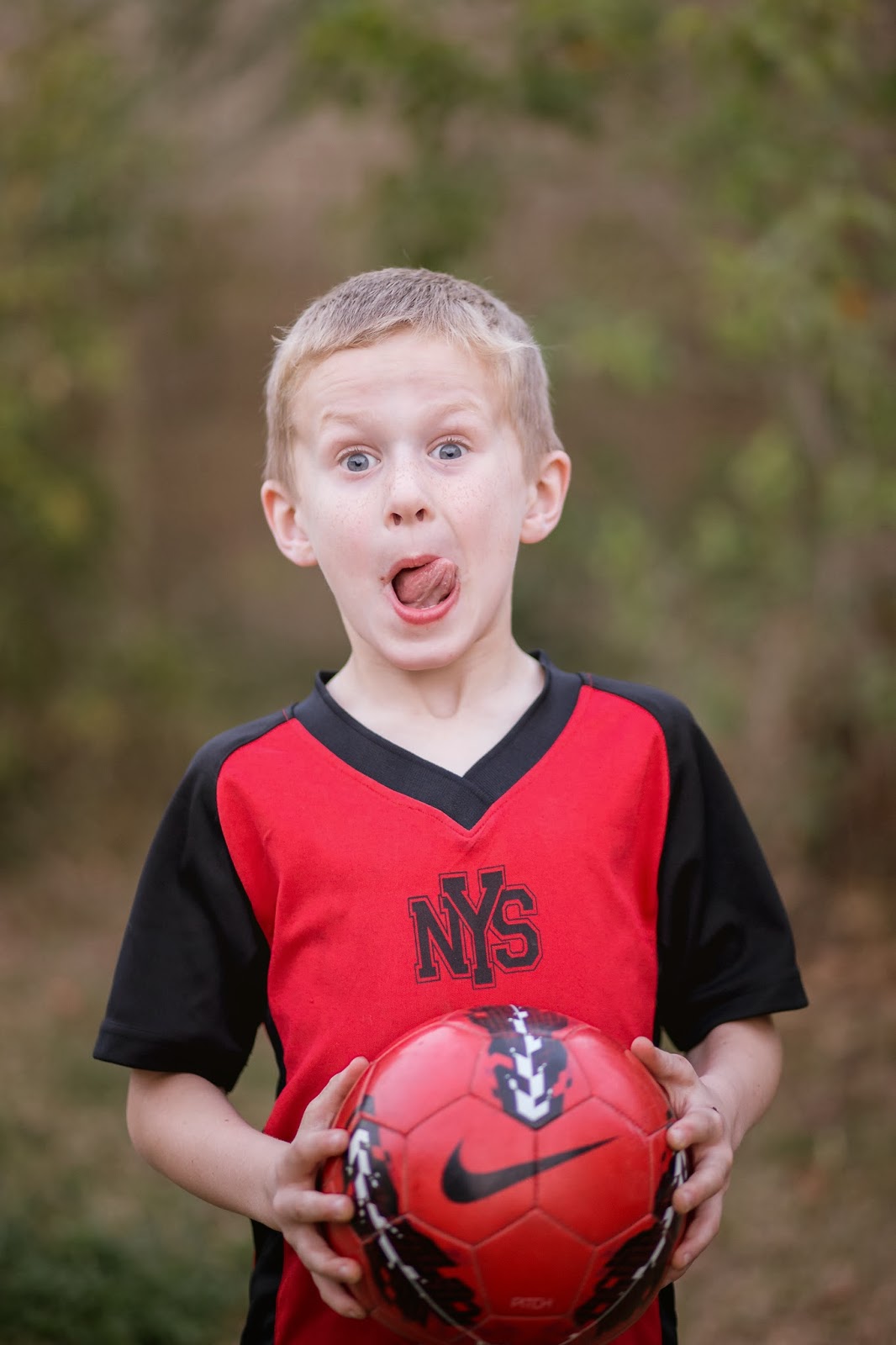 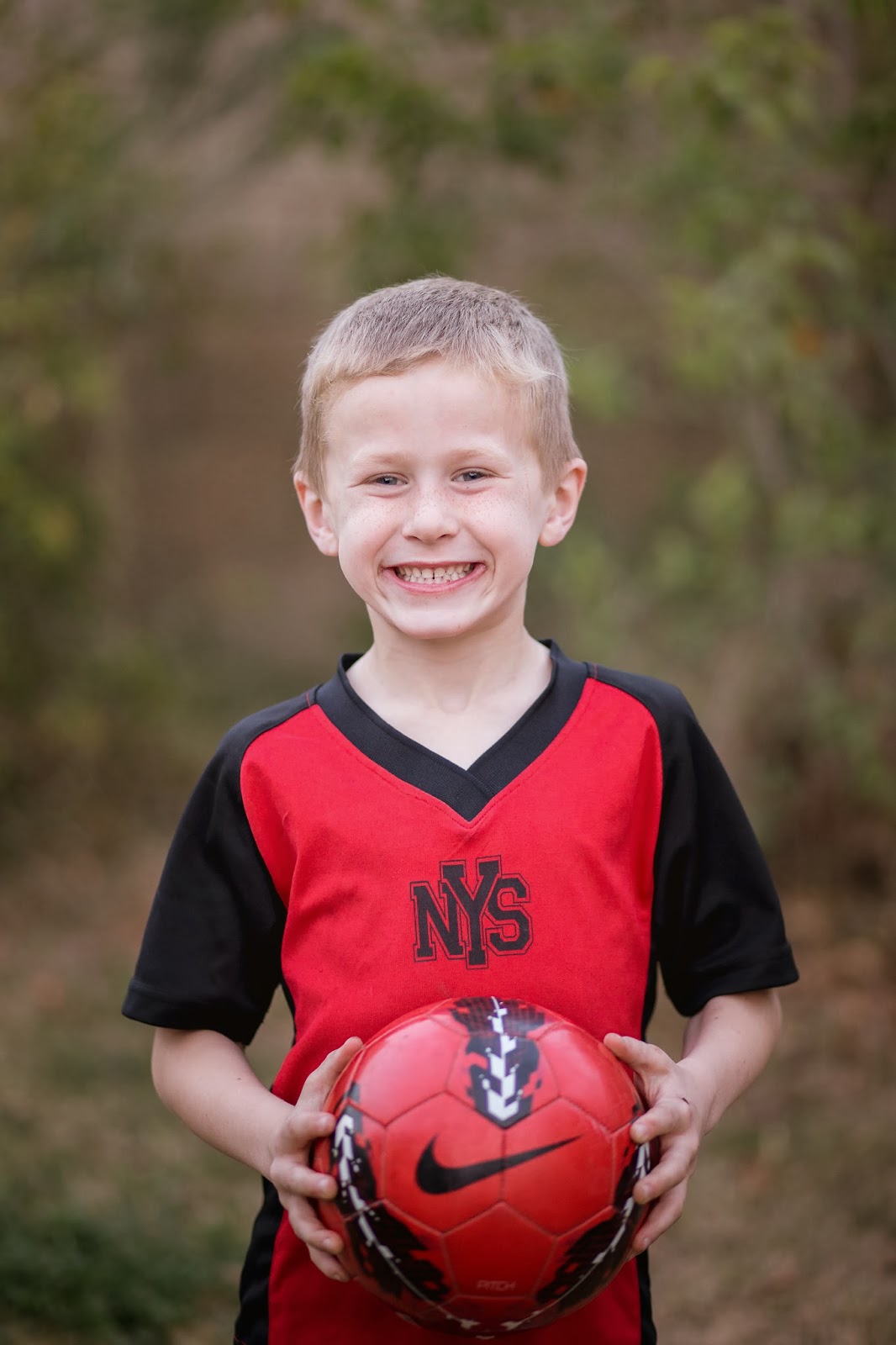