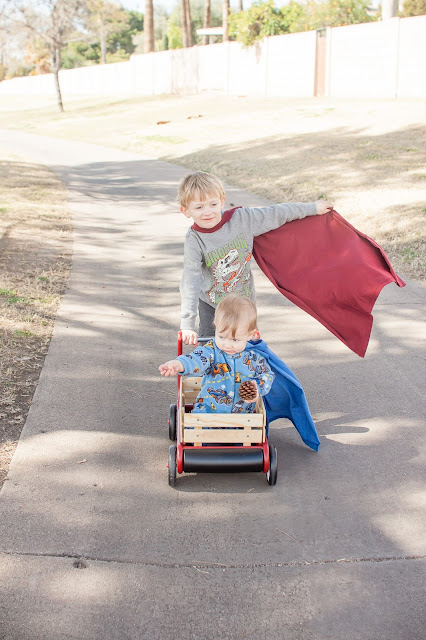 The Super Edwards Brothers are transporting a mystical pine cone to a secure location.  (Details on the capes below.)

Making The Capes
Recently, I saw a pin on Pinterest about making capes for kids out of men’s t-shirts and Logan has been asking for a cape for awhile so we took the idea and made capes today.  (Of course, I forgot to pin it and never looked at the post, but I didn’t think we would have a hard time figuring it out.) 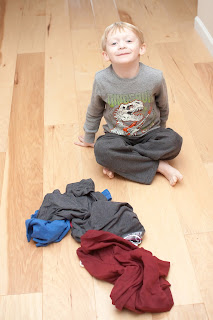 Here is Logan sitting with the shirts that are about to become capes.  Since we didn’t know if Jeremy had any shirts he was ready to part with, we bought some shirts on clearance at Target.  Logan picked a red one for him, a grey one for his cousin Caleb, and a blue one for Connor.  For Caleb and Logan we got men’s XXL, but I am sure a smaller men’s size would have worked just fine.  The cape is pretty long!  For Connor we got a boys XS.

Logan’s soon to be cape is laid out for cutting. 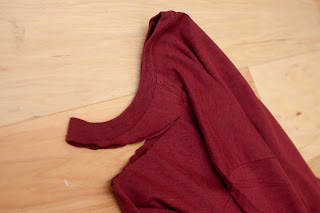 This is how we cut to the back, and then just angled out toward the bottom side seam on each side. 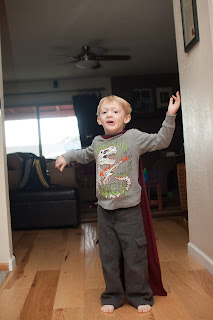 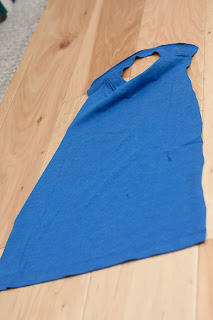 Here is Connor’s cape cut out. 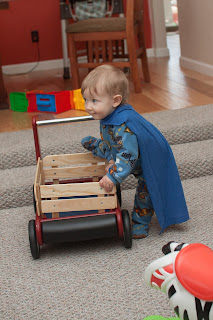